Another Race to the Bottom? or, “The Camel’s Nose…” 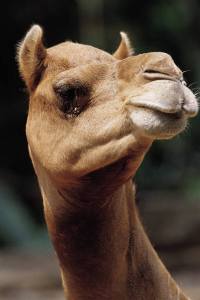 (I realize this is probably old news now; but I find it highlights a trend that is happening, perhaps without us noticing it.)

Well, Verizon’s gone and done it: they have cut off unlimited data access for new customers as of early July. I’m not sure, but I think Sprint now may be the only cell provider that offers this.

Just as happened with airline fees for checked bags, I expect the dominoes to fall and only one will be left standing, steadfast in it’s pledge to not charge for unlimited data.  Will Sprint remain steadfast? Or will it cave to the profit-mongers?
Really, what IS the marginal cost of a megabyte-per-second or of 2 MB downloaded through a provider’s network?

I’m less concerned with a possible move by Sprint to follow the price-gouge herd now that I hear that HP’s Pr 3 will not be offered on their network. [Update: Not only will the Pre not be coming to Sprint, HP will no longer be making WebOS devices.]

But nevertheless, this continued race to the bottom is bad for consumers.  If I were Sprint, I’d market the fact that “We have unlimited data!” I wonder if that will bring in customers. Oh, right, the much-hyped iPhones aren’t available on Sprint? Get a ‘Droid, get real, live in the real world (not Apple’s coddling world).  [Update: There are rumors that Sprint will begin offering the iPhone 5 in early October 2011.]

Where was I? Oh, right, the Race to the Bottom.

Just look around for other examples of where fees are being charged, services cut (with no price cut), sizes of merchandise dwindling. Then notice how the practice starts slowly, then other companies  & manufacturers follow suit & jump on the bandwagon.  Leaving consumers in the dust.

And we don’t even notice the camel sticking its nose under the tent. Or, if we do, we don’t say a peep.  But we do think about writing a “Things Used To Be Good” blog.

Too Much News (& Why Should I Care)

The feeling has been scratching around the edges of my awareness for some time, and has only grown the more I use Twitter (and , to a lesser extent,) Facebook.

I am seeing news — BREAKING News! even — that is so nonlocal to me that I can muster only a “meh” or a Seinfeld-esque “that’s too bad.”

And that is too bad.

I’m not a bad person; but my immediate thoughts (probably in this order, as I reconstruct my reaction) were:

I’d really like it if I could flip the immediate reaction. But something about the immediacy of Twitter might have colored my response. If it’s not “news I can use” or news that is of broad interest that shows up in that particular Twitter list, then, it’s  noise. To me, at least. (Then again, maybe I should seek out a different BBC Tweet stream to add to my News list.)

Twitter users are exposed to a lot of this type of Tweet: murder, mayhem, violence, abductions, and other forms of negative behavior.  The fact that it occurs nowhere near the user’s location does not lessen the psychic impact.  Even if you gloss over these Tweets and do not have a reaction similar to the one I described above, you are affected by them. Maybe on a deeper level than you know.  It may be below your consciousness, but your brain does register it.

In a lot of ways this is similar to the often-cited studies about children s exposure to violence. (Here’s just one. [PDF]) We Twitter users (depending, of course, on the Twitter feeds we follow) are exposed to a lot of negative input, even if we don’t really pay attention to it.

Just something I’m thinking about.

I’d be interested in hearing your thoughts and opinions on this.  Comments are open.