Is your job here?

And, if you want to go all cyber in your job search, larger companies list their available jobs online.  And, depending on the company, they have positions not just in the Washington, DC, area but nationwide as well.

So, I think that’s were all the jobs are.

But given the sheer number of unfilled jobs, why is unemployment in the neighborhood of 9%.  (Yes, there’s a chance it may higher; but that’s another post.)

There’s much talk of “job creation” these days.  I think there’s plenty of jobs.  What seems to be lagging is job TAKING.  So the question for me is: What is preventing people from  taking the jobs that have already been created?

Is it lack of skill? Is retraining the workforce what is called for? I fear that I today’s fiscal and political environment, that isn’t going to happen anytime soon. And that’s a shame for the country…and for the unemployed.

Is it inertia? Is it easier to “live on the dole” than it is to pursue a job? I really don’t think people like  to be unemployed and collect unemployment.  Maybe for a short time while they seek employment; but what they really want is to work.

So what, exactly, is leading to the seemingly endless supply of “Help Wanted” ads? I don’t have answers, but I have some rhetorical questions.

Yes, lots of questions; and no doubt, you can come up with more. It’s so puzzling when I look at the Post’s Help Wanted section and wonder “What if all the jobs were filled? What  would that do to our economy? To the quality of civic life?”

I have lots of questions, but no answers. If you want to weigh in, I welcome your comments.  Please keep it civil.

Thank you for reading.

Archie, Veronica, and WAIS, Oh My!

Oh goodness! Here I go again. Wandering down the dark, long-forgotten corners of the Net.

I was dipping into some old Patchwork Jumble drafts when I got started down a particular rabbithole.  This one led finally to a very old issue of the Internet Scout Report that contained the following:

Expanded 2nd edition of Accessing The Internet By E-Mail: shows you how to retrieve files from FTP sites, explore the Internet via Gopher, search for information with Archie, Veronica, or WAIS, tap into the World-Wide Web, and even access Usenet newsgroups using E-MAIL as your only tool. Lots of new stuff as a result of comments received from around the world. Check out the updated Net Goodies section! New info on European mail servers. [emphases are mine]

(I’ve been an Internet Scout Report subscriber since, oh, the days when movable type was new. Well, maybe not that long; but at least since the days when the Web — or as it was quaintly called back then, The World-Wide Web — was only just beginning to be more widely used)

Yes, I know; there are the apps.  The latest, greatest one — available by invitation only at this time — is Spotify.  Yes, it’s an app; but you can’t tell me that it has (or will have) anywhere near the eyeballs looking at it as all the Web pages taken together (or just Google, for that matter).

Sometimes I long for the linear, unfolding  simplicity of a gopher site! The fancifully named “Veronica”! (Oh, and those who know gopher will know why I chose “unfolding” as a modifier just now.)

Anyway. getting back to the quote above.  How many of the boldfaced services did you ever use? 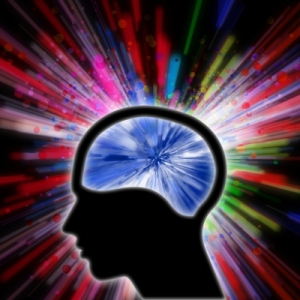 This image was created by Salvator Vuono. See below for a link to <a href="http://www.freedigitalphotos.net/images/view_photog.php?photogid=659">his portfolio</a>.

I’m sensing that a slight shift is needed regarding to what and whom I turn my online attention.  Much of this shift — but not all of it — was brought on by my access to Google Plus (variously, Google+ or G+).

First, here are my attention-hogs.  These are the web applications I use daily, either on my laptop or smartphone:

These are the ones I use (or access) regularly (not daily, but 1-2 times per week):

The “attention economy” — at least as far as I’m concerned — is a zero-sum game.  I have only so much attention that I can pay. To every activity, not just online.  If I add things that need attention I’ll have to either pay marginally less attention to all the demands or drop at least one existing demand for my attention to ensure that the new demand is attended to.

That’s what happened when I met Google Plus.  An internal alarm sounded that went something like this: “Oh no, not another thing to pay attention to! Something’s gotta give!”

But I went ahead & jumped in.  To me, Google+ is this curious amalgamation of Twitter and Facebook (with just a hint of email, YouTube, and blogging tossed in).  Well, I already do all those, so why do I need G+ wrangling for my attention?

At about the same time, a nudge toward increased Facebook interaction also played a role.  I was live tweeting (from a distance, however) during a National Stuttering Association (NSA) conference in Fort Worth, TX, last week. I’ve attended NSA conferences for several years now, and know some of the “regulars” who attend; so I was interested in seeing their photos from the conference.  But there seems to be a trend this year to post conference pictures to individuals’ Facebook Walls, not to the NSA Organizational Facebook Wall or to a shared Yahoo Group.   Well, in many cases (depending on the person’s picture-sharing settings), I won’t be able to see the pictures unless I “Friend” them on Facebook.

I’ve drawn the line there, as well as with Google Plus: I’m not going to add more Facebook Friends (I already have enough stuff on my Wall) and I’m not going to continue to use G+ (because I already use Twitter & Facebook and other social media).

I may be characterized as a stick-in-the-mud Luddite for not wanting to use G+ or add more & more Facebook Friends.  But so be it.

The people that I would want to add to G+ “circles” are not on G+; but, heck, they’re already Friends on Facebook.  I’m not going to invite them to G+ just so I can have a better “circle” there.  They need to be convinced, as do I, of the relative value of forsaking Twitter & Facebook for the Google+ borg.

As for that move to post conference pictures to individual FB walls (with “Friend-only” permissions set), I’m not going there either. Posting pictures to a Yahoo Group (as in the past), leveraged an already existing attention seeker: email.  Excess email is easier to deal with than excess Wall posts by others.  I can delete an email, unread, with no qualms; I can’t gracefully “unFriend” someone when their News Feed gets too noisy for me.

So, my plan now to rein in the demands for my attention:

While doing some research for this blog, I came across the following resources that you may find interesting:

About that cool illustration up top: I was able to find that great graphic on Salvatore Vuono’s portfolio page.  Great stuff there. I think I’ll come back often for some artwork to gussy up this here blog.

This past week I had the unique experience of live tweeting at a conference that I wasn’t even attending.

Long story short: I had planned to attend and be part of the  conference’s “Tweet team,” but circumstances arose that prevented my attending.

So I watched the Tweets come in (hashtag: #NSAftworth11) from the National Stuttering Association’s annual conference.  I collected all of them (or at least as many as I could grep), Tweeted some as @Kickstand447 and then put them in a document for others to read.  Click on the link below to read the document.

The conference formally ended Saturday evening (7/9/11), so the use of the hashtag has tailed off.  There may be a smattering of post-conference Tweets, and I’ll add them later to the PDF document and repost it.

Thank you to all the live-tweeters at the conference.  I hope to make it next year and add another “voice” to the sessions.

If you have any questions or comments about this file, please leave them in the Comments.

Thank you for reading.

The Naked and the Dread

I’ve seen this practice at the supermarket for a couple of years now and it never ceases to amaze me:  Shoppers standing around the fresh corn display intently removing the husks before purchasing the ears.  The markets have conveniently placed large trash cans nearby to catch the waste  (Is it convenience or enabling?)

You may get an ear that is badly in need of corn-orthodontia (corthodontia?) or worse, one that has some inedible portions. Suck it up. people. Just buy the corn without peeling it first.  You can deal with the imperfections when you get home.

As noted in FoodEditorials.com, “as soon as you start removing the husk, the corn starts to lose its freshness.” Sure, the time the kernels are exposed to the air is minimal between shucking and cooking, but still.  If you’re buying corn at a supermarket, you need to preserve the last little bit of freshness that may remain at that point.  That’s all the more reason to leave the darn husks on!

Some may say that shucking corn at home is soooo messy, what with all those corn silks and all that. Ewwww! Again I say: Deal with it.  When I shuck corn I open a plastic grocery bag & shuck the corn while holding it over the bag.  Minimal mess.  Have no plastic bags (because you’re all into reusables)?  Shuck it over a piece of newspaper or over the trash can.  Even better still, shuck it over the compost pail.

Somehow, I don’t imagine many of the farmers selling corn at farmers markets would stand for this nonsense.  At least for now, I don’t see any large trash cans near the corn displays for the purpose of catching husks.

That’s life with real food. Deal with it.